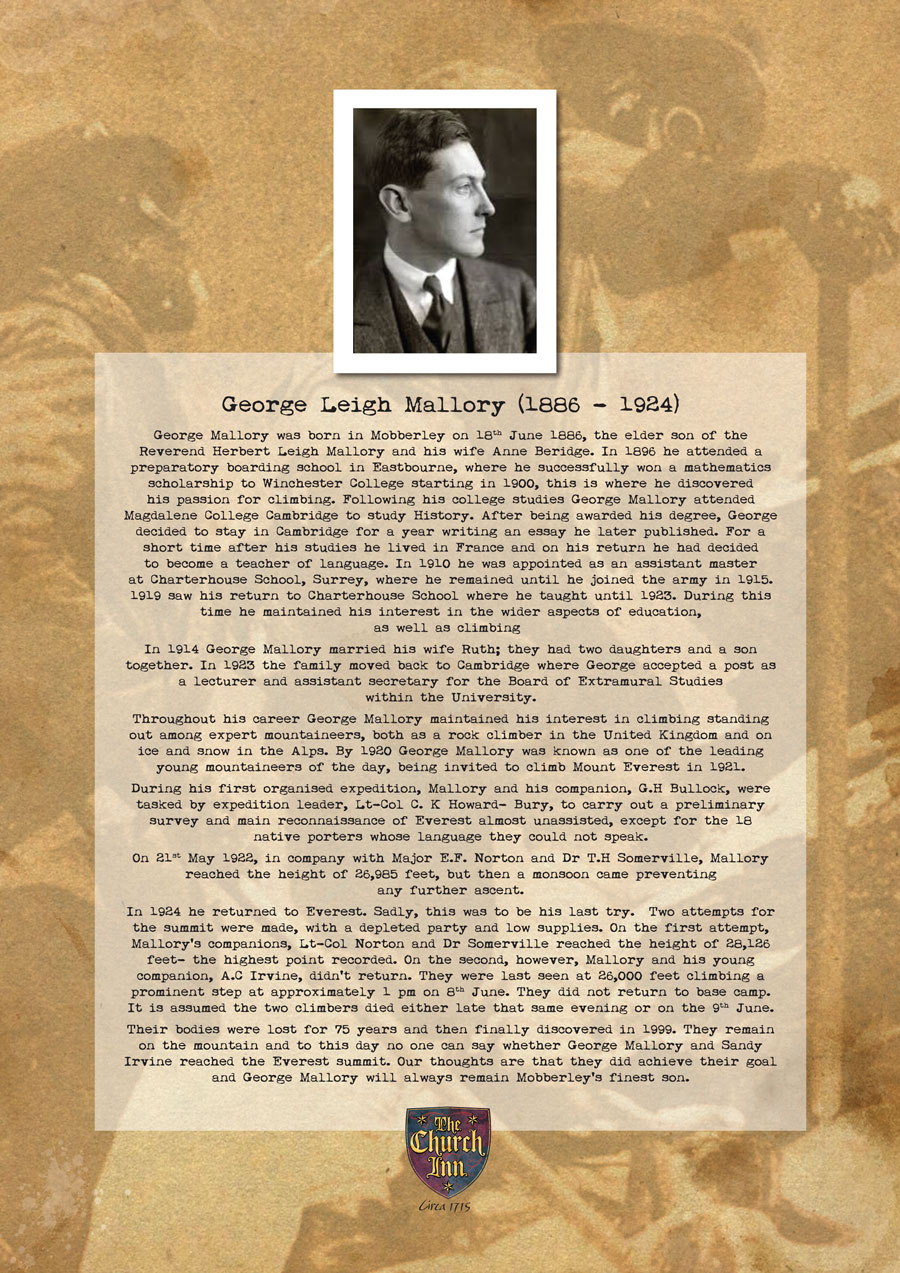 Mallory sighting 60 years before he was found

The frozen body of legendary explorer George Mallory was spotted by a fellow pioneer on the slopes of Everest decades before the remains were finally recovered, a forgotten diary has revealed.

Frank Smythe, who made several attempts on the world’s highest peak in the 1930s, wrote that he saw what he believed to be the remains of Mallory and his partner Andrew Irvine through a powerful telescope in 1936.

Mr Smythe’s report is the only sighting of Mallory’s remains before they were eventually found by Conrad Anker in 1999. It was mentioned in a letter to Edward Norton, who led the expedition in 1924 when Mallory disappeared in a bid for the summit.

A copy of the letter was found in the back of the explorer’s diary by his son, Tony Smythe, while researching a book about this father’s life.

According to the Observer, the letter said: ‘I was scanning the face from base camp through a high-powered telescope last year when I saw something queer in a gully below the scree shelf.

‘Of course it was a long way away and very small, but I’ve a six/six eyesight and do not believe it was a rock.

‘This object was at precisely the point where Mallory and Irvine would have fallen had they rolled on over the scree slopes.’

Mr Smythe explained that he felt compelled to search the area as it was directly above the point at which a previous expedition found an ice axe, which is believed to have marked the scene of a fatal accident.

Although Mr Smythe, a prolific author, wrote extensively about his expeditions, he left out details of the sighting of Mallory, and made clear in his letter to Mr Norton that it was not to be written about, in case it triggered a storm of media speculation.

It is one of the most celebrated mysteries of modern mountaineering whether Mallory and Irvine managed to reach the summit of Everest before dying on the mountain.

Sir Edmund Hillary and Tenzig Norgay were the first climbers to definitively reach the summit, with the aid of oxygen, in 1953.

He made further attempts on the summit, including the 1936 expedition where he sighted Mallory’s remains, but never matched his record.